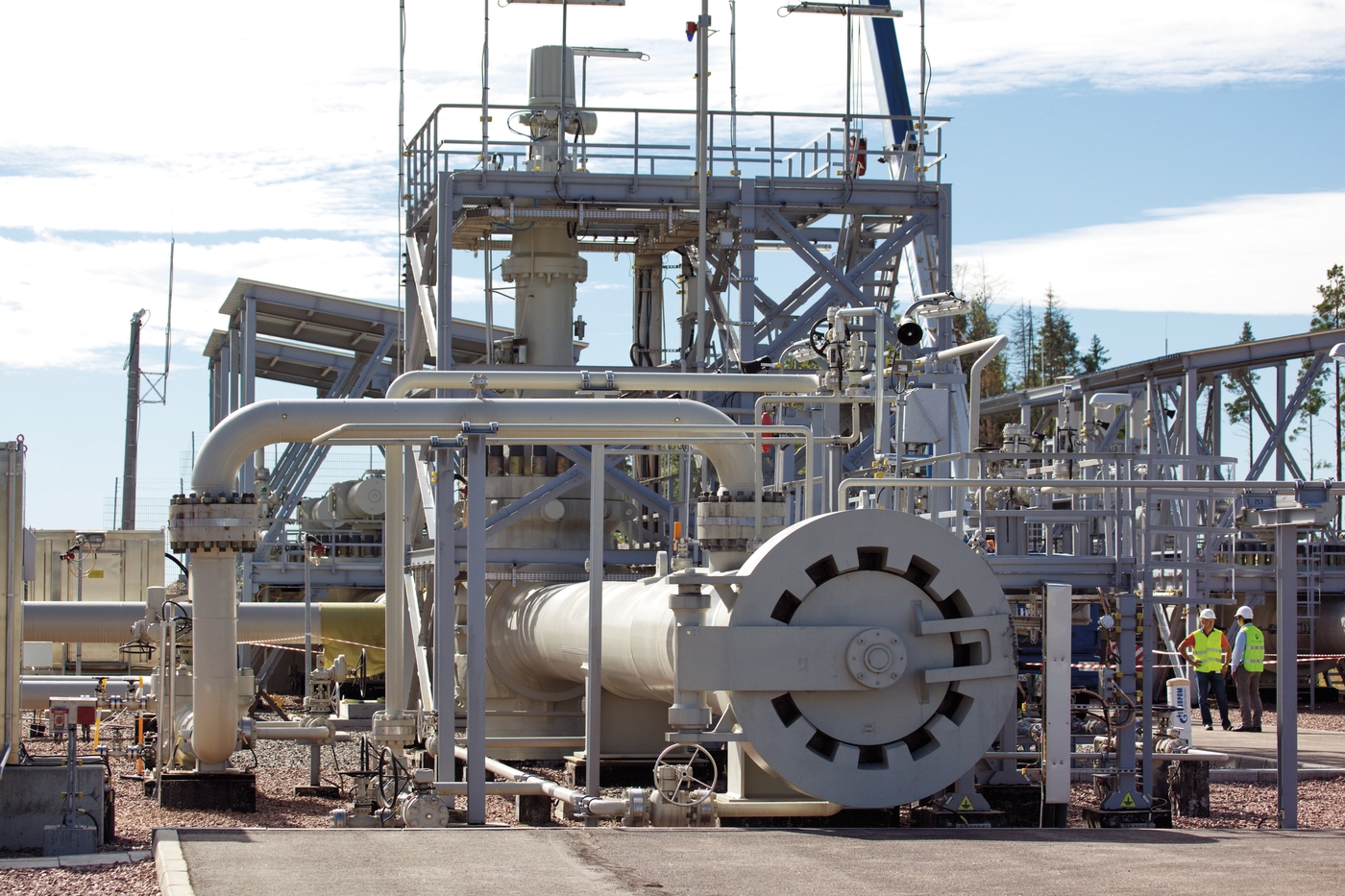 
The automation centrepiece of the largest European energy infrastructure investment in recent years is located on the Baltic coast in Lubmin (Germany). Here, the Nord Stream Pipeline reaches German soil, supplying the new Lubmin landfall facility near Greifswald with up to 6.6 million m3 of Russian natural gas every hour. The designer and operator of this complex station, GASCADE Gastransport GmbH (a joint venture of BASF and Gazprom), has standardised all documentation for the EI&C technology and committed all its suppliers to adopting EPLAN Electric P8. This results in accurate and reliable documentation across the various systems.

Natural gas is pumped from the Siberian gas fields at the Arctic Circle through Vyborg (Russia) via the Nord Stream Pipeline along the bottom of the Baltic Sea to Lubmin (Germany), near Greifswald. From there, it is pumped south as far as the Czech Republic through the connecting pipeline OPAL (Baltic Sea Pipeline Link, in German: Ostsee-Pipeline-Anbindungsleitung) and west through the NEL (Northern European Natural Gas Pipeline, in German: Nordeuropäische Erdgasleitung) to storage tanks in Rehden (Germany). A substantial portion and increasing share of the natural gas used in Germany and Western Europe flows through this route.

Scattered throughout the facility are thirteen electrical control rooms with more than 320 control cabinets. This provides insight into the complexity of the electrical instrumentation and control (EI&C) technology. Along with filters and preheaters, many valves are also installed to regulate the pressure and amount of natural gas. In addition, a separate area of the plant has measurement stations installed. Ultrasonic flow meters determine the current natural gas throughput and its condition for OPAL and NEL before it leaves the facility through the two pipelines.

How to design a facility like this, involving many engineering systems and in some way representing unchartered terrain for almost all suppliers? Ralf Hartmann, who is responsible for the planning and commissioning of all EI&C technology for the Greifswald landfall facility, previously managed various large-scale projects around the globe and placed great emphasis on a uniform database right from the start: “In 2009, after completing the design of the facility in Lubmin, we started drawing up the specifications and requested quotes for the various EI&C engineering systems. More than 20 EI&C contracts were awarded for a wide range of subsystems, and this required supervising suppliers on detail engineering and delivery. With support from EPLAN Consulting, we had previously defined a standard requiring each supplier to create documentation for the electrical instrumentation and control technology.” In 2008, after in-house consultation and a great deal of lobbying, Hartmann took GASCADE on this new path with EPLAN.

The processes involved in the collaboration between GASCADE and the suppliers were as clearly structured as the documentation. Suppliers submitted their control cabinet designs as P8 documents. GASCADE granted approval for the control cabinets; suppliers realised their plans and then installed the control cabinets at the site. This was followed by loop check and commissioning. The red-line revision was then transferred into the as-built documentation, which was verified – again with EPLAN tools – and finally approved.

No upgrading without EPLAN

Currently, the final work is underway on a new combined heat-and-power installation on the landfall facility station grounds. After its completion, the natural gas out of Siberia can be used right after landfall. Once again, the electrical engineering design for this project is being standardised using EPLAN Electric P8, again with the involvement of numerous engineering systems.

Additional options for you:


We use cookies to distinguish you from other users and ensure that we provide you with the best experience when you use our website and for the purposes of site analytics. By using our site, you agree that we may store and access cookies, on your device. More information